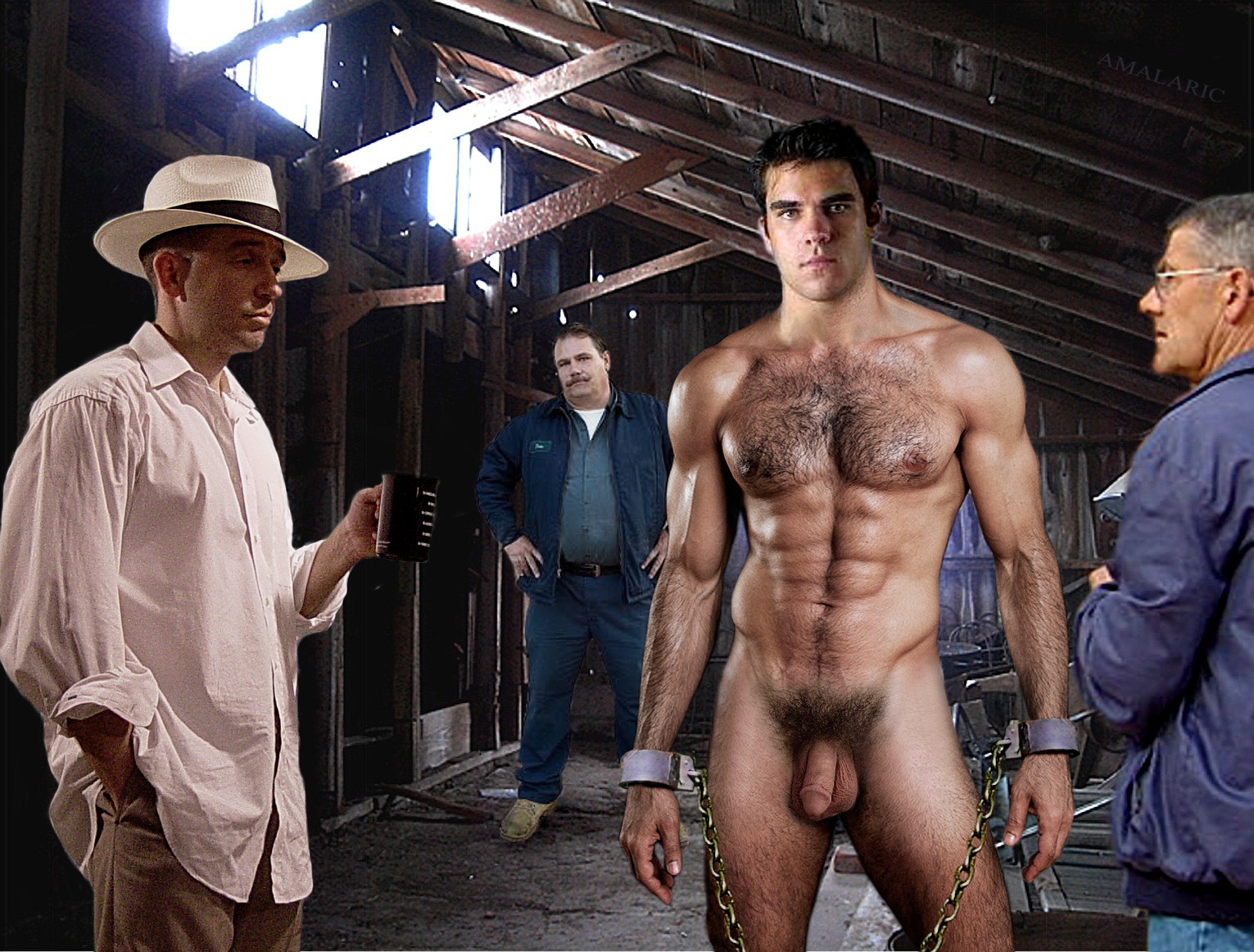 Hap Stevens wasn’t getting any younger and with one son early in his grave, another oversees in the military, and the third hightailed to the big city…well, it was all he could do to keep food on the table and the homestead out of debt. Finally, though, shaking his head with mock reluctance (he was really as excited as a ten year old on Christmas morning), Hap drove the old pickup into town for the bi-monthly stock auction.

The new buck was a bit skittish but that was to be expected. Settled into the barn after the ride home, Hap licked his lips and took some quality time to survey his newly purchased goods. Shit, cost me a fortune…but I reckon it was the right thing to do… Faintly clanking in the heavy manacles that were the only things he wore, the naked young male was clearly in his prime; somewhere around six feet tall, well proportioned and padded with thick muscle, tanned and healthy like some kid’s pet 4H project… Hap’s gaze lingered on the equipment riding between muscular thighs, Yep…might just make at least a part of my investment back. This one looks like a breeder.

Assured that his purchase was well-trained, responsive to the strap and paddle and only infrequently requiring the sterner reminder provided by the lash, the tall buck would soon be set to the hoe and shovel and even hitched to the plough. His body already glistened with a thin sheen of new sweat, raised more by uncertainly than exertion and Hap, along with some local farmers invited over to admire the goods, nodded measured approval, running eager hands over the hard, hairy ridges of his tense body. No fucking pansy here, shaved from head to pubes; this boy was made for the fields and was suited to a man’s work…and then some. And, if he was called indoors on one of those endless nights when the hours dragged like they were weighted by lead…hell, he might grit his teeth, might even hang his handsome head blushing like a fucking girl, but…fingering the whip thrown in as an ‘extra’ at the conclusion of the sale…Hap was certain that his hairy young buck would submit to whatever was required.