The Telemachus Story Archive
The Scarlet Avenger vs Doctor Doom
Part 12 - His left foot leads to three into one
By Kyle Cicero (Illustrated by Herodotus)
Email: kysen1@yahoo.com

12. His left foot leads to three into one

“Okay boy,” the evil trainer said as he gazed at his mind-fucked toy. “Crawl into the next room.” He watched as the partially intoxicated and fully compliant young stud slowly did as he was instructed.  He noticed that the redness on the youth’s rump was rapidly fading. “Good his powers of recovery are still intact. That bears keeping in mind ,” he thought. He waited with increasing impatience as the young alien crept his way into the next cell. “Faster bitch,” the man snarled at the moving figure in front of him. He kicked his foot into the soft area behind the younger man’s nut sack. The alien’s body jumped and a low moan of “aaaa,” escaped from his gagged lips.

Another fast nut-blow caused the hunk to quicken his crawling into the next room. The other man kept up the pressure with a few better-placed foot jabs at the low hanging nuts of his student.

Entering the room the superhero observed two other naked hooded men.  He inwardly shuddered when he saw them stroking their cocks. In the center of the room was a leather paneled stand. Nearby were his red boots.

“Get up onto it on all fours,” the trainer sharply ordered.

“Oh fuck yeah he wants it really bad,” the man laughed. “Take him hard,” he said to someone down by the buff captive’s rump. “I got him covered at this end.”

“Oh yeah he is into it now. Service his nuts and cock man,” the man in front voice said. 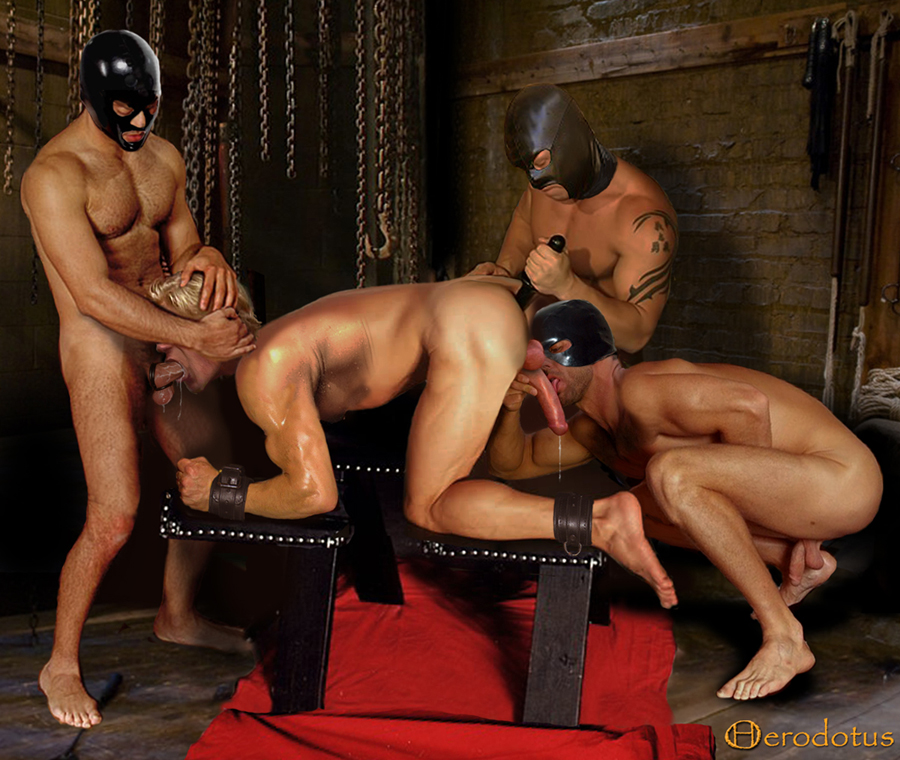 Unexpectedly the Scarlet Avenger experienced a novel and quite delightfully moist warmth surrounding his own nuts and erection. The sexual drive in his system kicked into full gear under this assault. He aggressively slobbered on the cock inside his mouth while humping backward on the object that was thrusting back him. As the third man licked the soft skinned under-shaft of the alien’s cock, the boy lost all control. “Hmmmm…hmmmm…hmmmm,” he growled as he went into a full sex mode. The sounds of slurping, moaning and, happily contented snorting caused the three men to slyly wink at each other.

“Easy boy it’s coming,” the expert laughed as he grabbed the moaning hero’s ankles and lifted his powerful legs upward and far apart. A second hooded man took his position by the head of the captive.

“Shit he is looped and crazy for my sperm,” the man laughed.

“Let’s feed both ends,” the expert roughly said as he shoved his erection up the already loose butt-hole of his “student”. “Tea bag him another time  Jake” 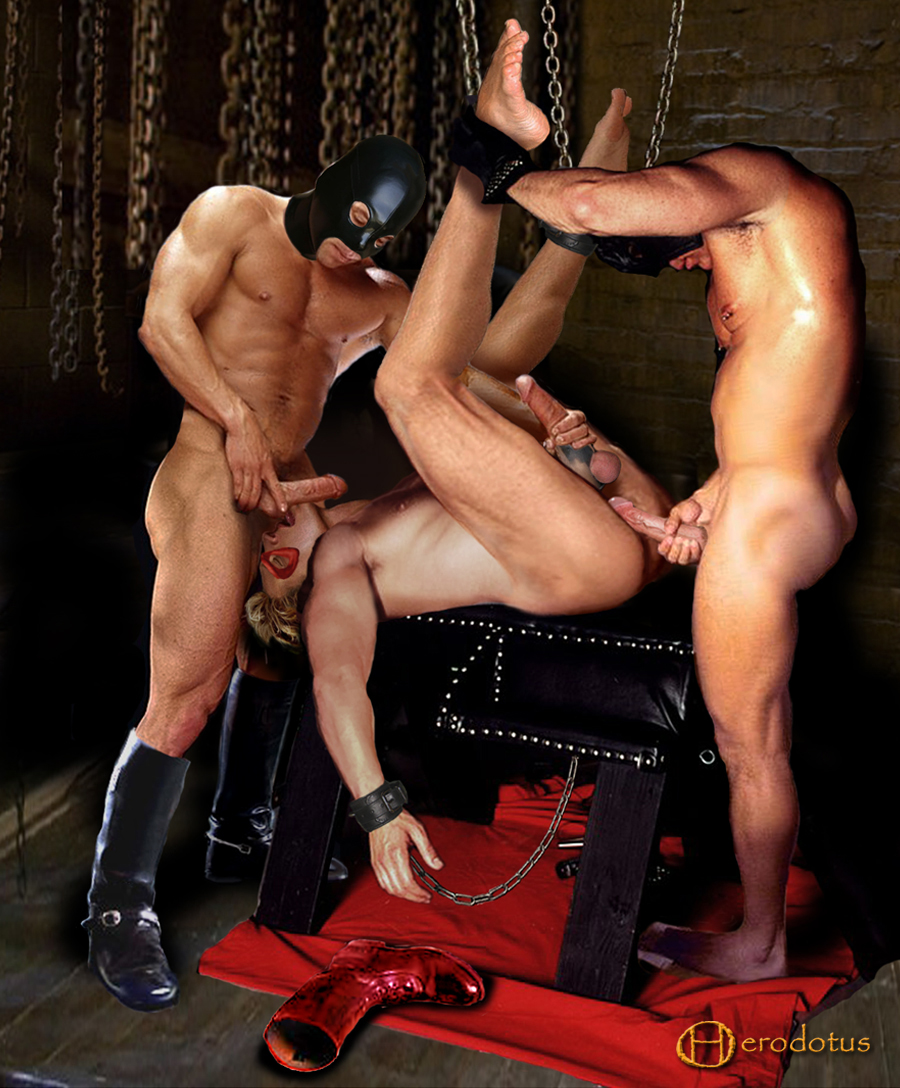