And when the jungle boy was not strapped into the chair and his groin electrified, he was bound to a boulder in the middle of the compound and used as a toilet.  A chain that had been welded to an oral spreader held his mouth open and his head back, while other chains kept his arms behind his back and his huge balls stretched out to a steel pole.  With an oral spreader holding his mouth agape, he had no choice but to swallow whatever was poured or stuffed down his gullet.  And while his mouth was held open by that horrid device, some would most would just use him as an urinal while some the more courageous would use him as a sex-doll and force a blow job out of him. 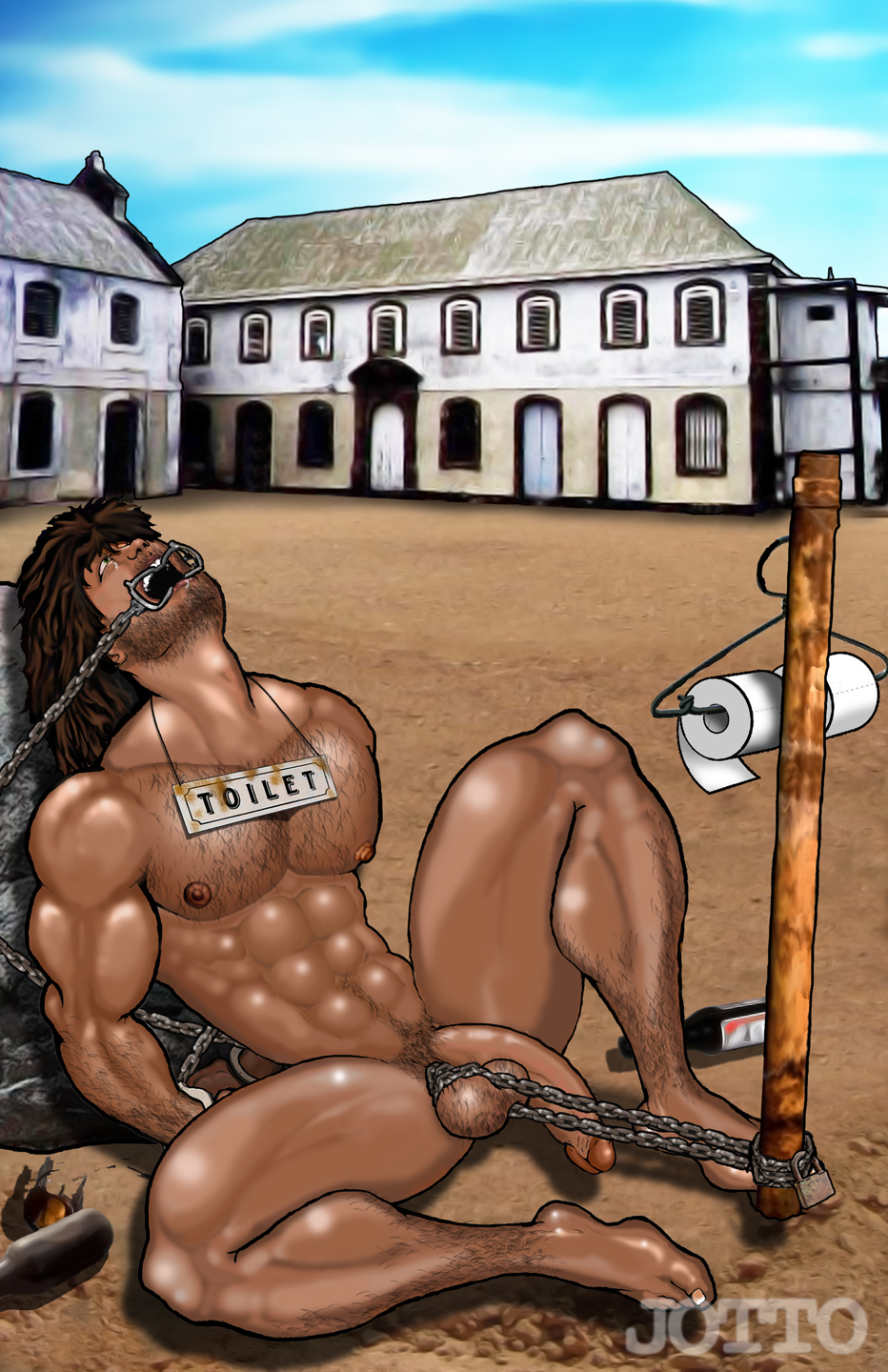 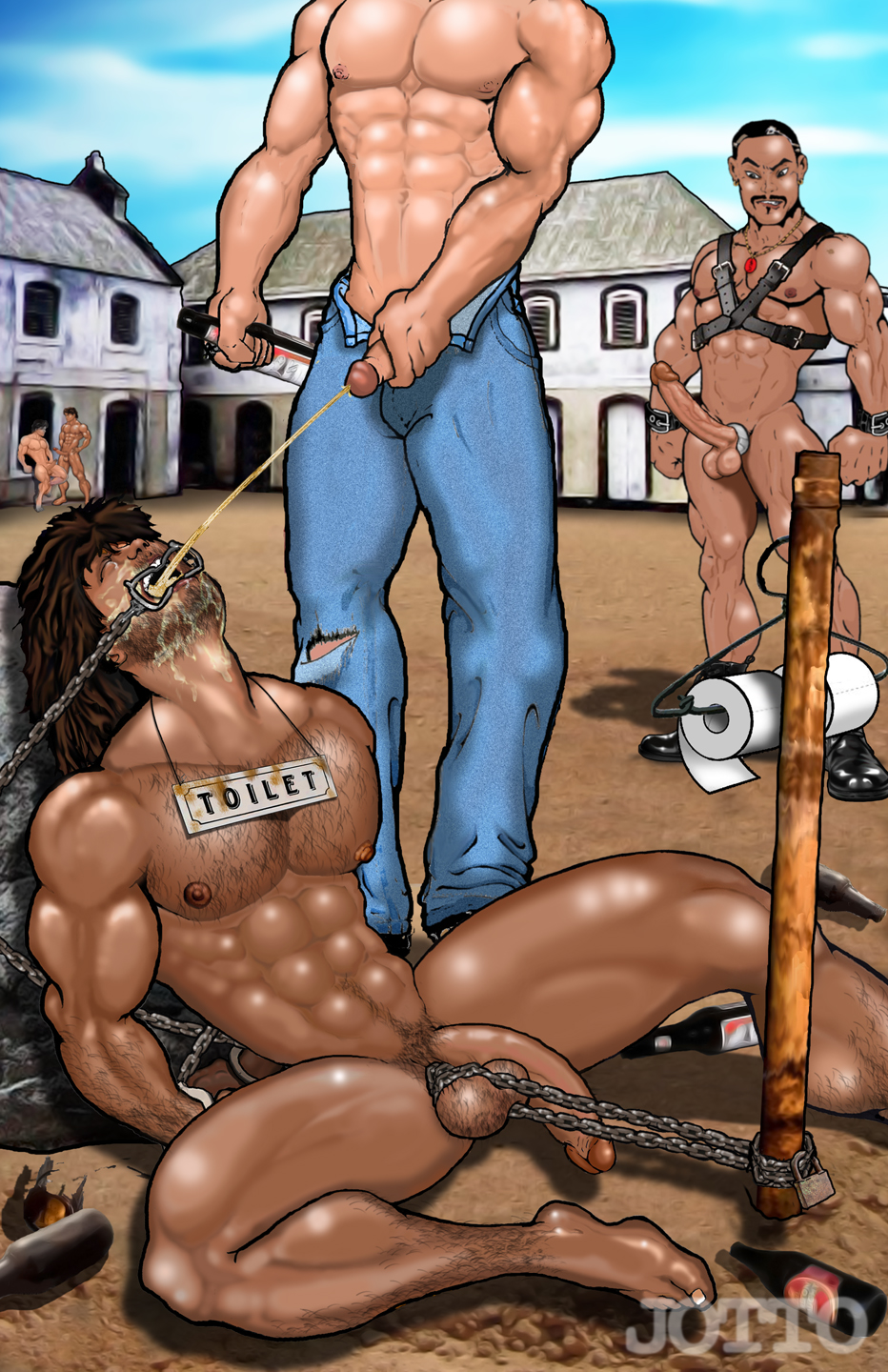