The text is by @caesarwv the pics are posed/created by me. enjoy!

The tall pro wrestler was leaving the arena to hook up with a hot big breasted blond that slipped her number to him after he defeated his opponent earlier. He was so cocky as he checked himself in the dressing room mirror one last time. His tall muscle bound tattoo body made him the perfect example of the ultimate alpha male. 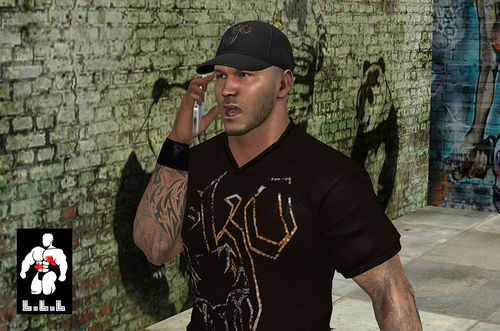 As he left the arena, his cell phone rang. He answered the phone, and his mind went blank. He forgot about the blonde woman that was eagerly waited for him. His cock was aching in his briefs and jeans though as he headed to his sport car. He didn’t respond to his waiting fans as he got into his car. He was so focused. He drove straight to the address that he some how remembered although he never been there. He arrived at the huge ocean view mansion. As the famous pro wrestler got out of the expensive sport car, he was greeted by a older man in a tailored business suit. 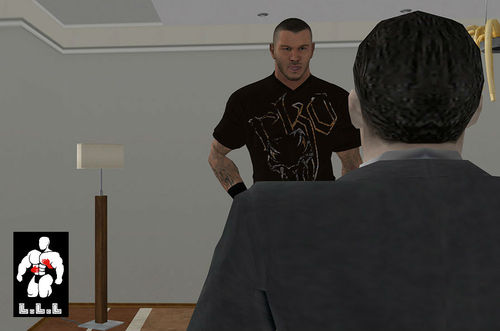 The man looked the wrestler over and led him inside. They ended up in the older man bedroom where the man sat down in a leather chair. The wrestler spoke in a confused manner to the man asking what he was doing here, the stranger didn’t answer his question he just smiled and just told the pro wrestler the stack of money that laid on the table was for his agent for delivering the goods he wanted. 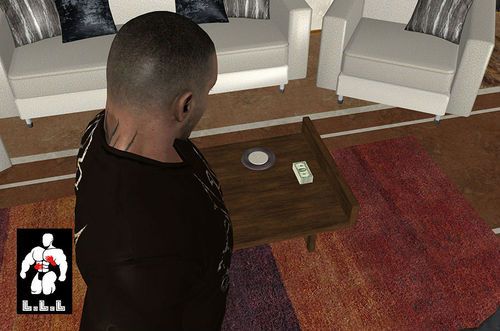 “Strip,” the man ordered as he poured himself a glass of gin and tonic. The normally cocky wrestler obeyed. He started with his heavy combat boots, then socks. The pro wrestler peeled off his t shirt and the True Religion jeans. He stood in only his tight briefs. 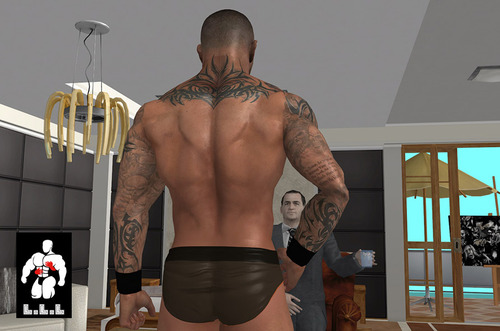 His cock was stretching the thin nylon material. The stranger motioned for him to stop and come closer. The straight muscle god obeyed and was surprised as he put his left leg on the leather chair and began to gyrate his hips in a obscene way. 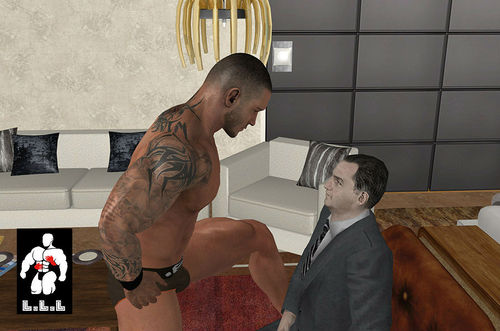 The older man was pleased with the wrestler’s performance and pulled him closer so that the wrestler straddle the thin man’s lap. The man’s long thin hand reached around and grabbed the wrestler’s firm left ass cheek, and pulled the muscle stud closer. The wrestler could have easily break the little man but he was powerless. The man leaned his head forward and started sucking on the pro wrestler’s huge nipples. The wrestler couldn’t help but moan as his sensitive nipples were worked over. The man’s hands peeled down the stretched briefs and the wrestler obedient step out of them. The man continued to worship the huge pecs while his thin long fingers probed and ease open the straight wrestler’s tight virgin pussy. 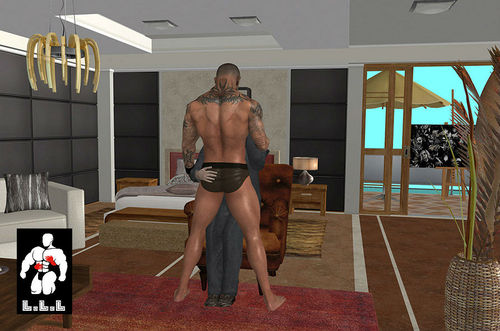 The straight pro wrestler, braced himself by putting his hand on the stranger’s shoulder for support as his large nipples were pinched and sucked while his virgin hole was loosen by the man’s long fingers. He was moaning in a deep masculine voice as his powerful legs shake and wobble in ecstasy. 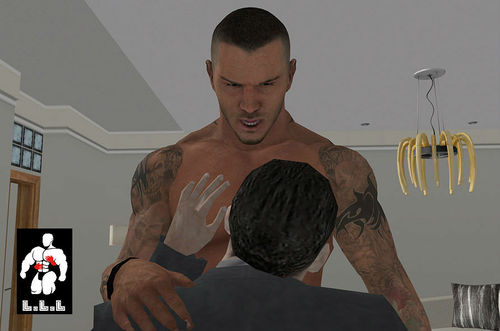 The man pull away from feasting on the sculpture pecs, He reached up and grabbed the wrestler’s broad shoulders. The muscle stud felt the man pushing down on his shoulders and his powerful legs obeyed as he obedient knelt on his knees. His eyes widen as the man unzipped his dress pants and pulled out his long thick cock. 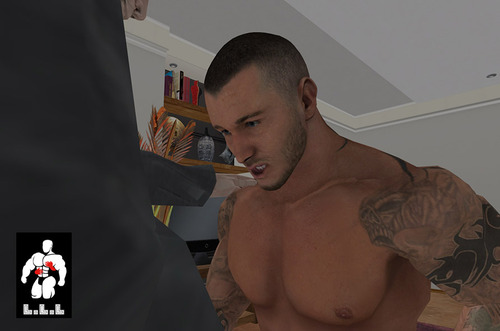 The alpha stud tried to back away but the smaller man grabbed his head and forced the cock into his virgin mouth. He choked and gag on the cock as it was rammed down his throat. Tears running down his chiseled masculine face, he tried to pull off the cock but the man grabbed his head with both hands to keep the powerful wrestler in place “Suck it boy!” the man ordered and he complied and began to suck on the man’s cock. The pro wrestler was forced to brace himself on the chair as his mouth was raped. The muscle wrestler’s drool and saliva soaked the stranger’s cock. “Good boy, get it nice and wet for when I fuck that sweet man pussy of yours” 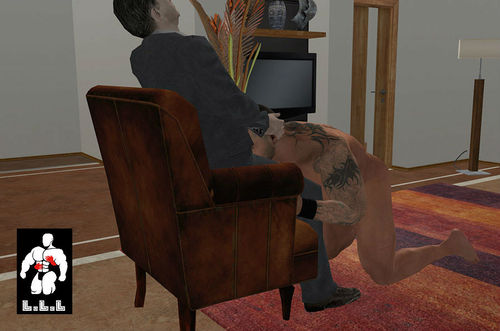 He pulled the wrestler off his cock and ordered the muscle bound stud to turn around and bend over with his hands on his knees. He obeyed and presented his large smooth ass to the other older man. He closed his eyes as he felt the man grabbed his ass and squeezed the meaty ass cheeks. He tried to hold back screams as the man spanked each massive ass cheek.He heard and felt the man split on his hairless man pussy. 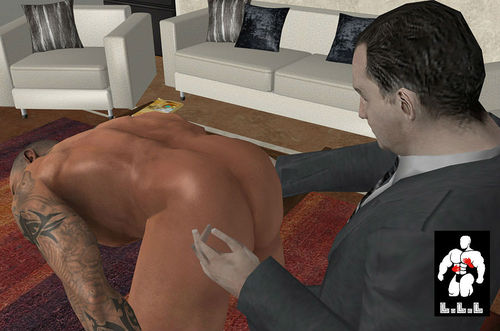 The man then suddenly stood up and guided the confused stud over to the near by bed. The wrestler was thrown on the bed like a doll, and the man brutally mounted his ass. The masculine stud yelled and screamed as he was fucked for the first time as the man thrusted in and out of his tight hole. All the while the pro wrestler’s cock was rock hard and he was soon pushing back with his beautiful ass to meet every invading thrust. The wrestler was thanking the man as he was fucked over and over. 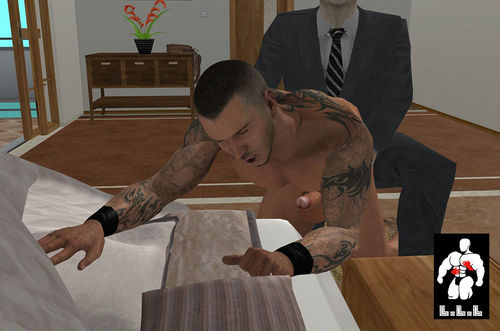 After the man cummed into the wrestler’s ass, The muscled god was forced to lick the man’s cock clean before he was allowed to redress, except for his briefs. The man would keep the briefs as a souvenir of his sexual conquest of the muscle wrestler.