I watched impressed. Bear Paw  proved to be a creative, and surprising gentle rapist. He entered our hero from every possible angle and used his hands and tongue to force pleasure our of his unwilling partner, At one point he had tied

Jakes hands behind his own back, like a belt and entered him from behind, while playing with his nipples in a way the made the cowboy moan like an over payed whore.

As the sun began to rise, he tied his ankles to a tree branch, and suckled his aching cock while tickling his ruined whole  with a feather, and then three fingers 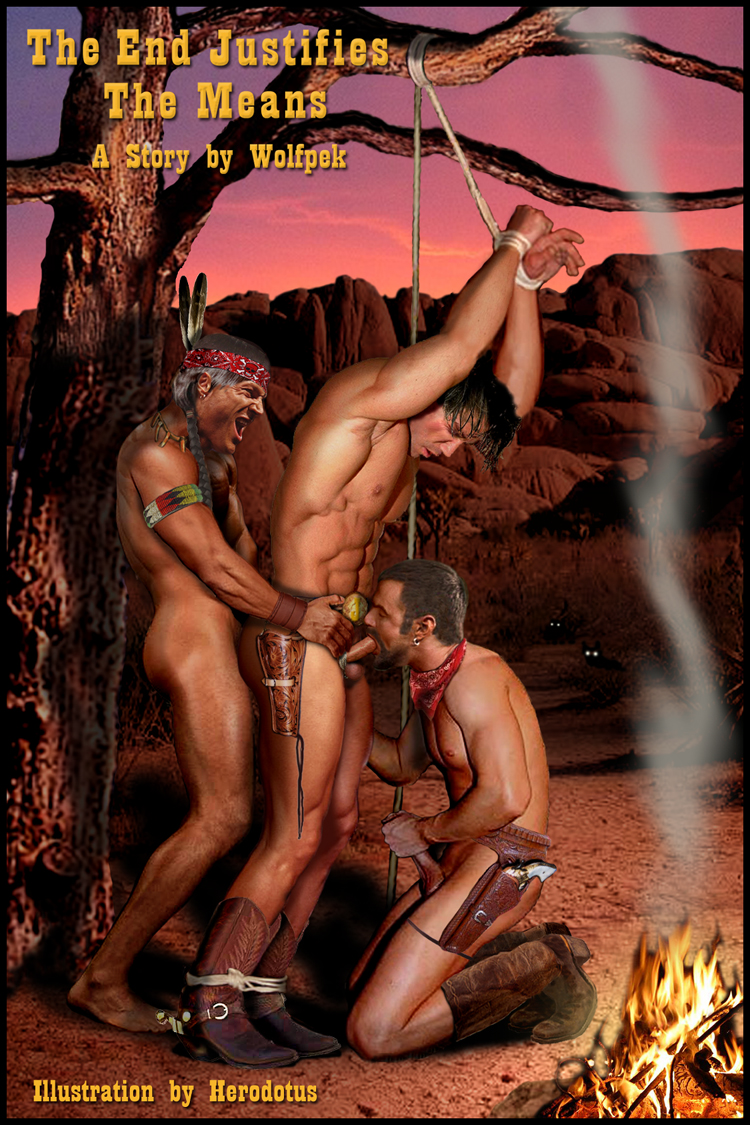 hard say if it was the drugged tea, but Jake's eyes had rolled up into his head and he came like a geyser all night

Finally we cut him down, about midday. We had taken the saddle off his horse, and we threw him over it. I grabbed the giant hams of his ass muscles and pounded him goodbye 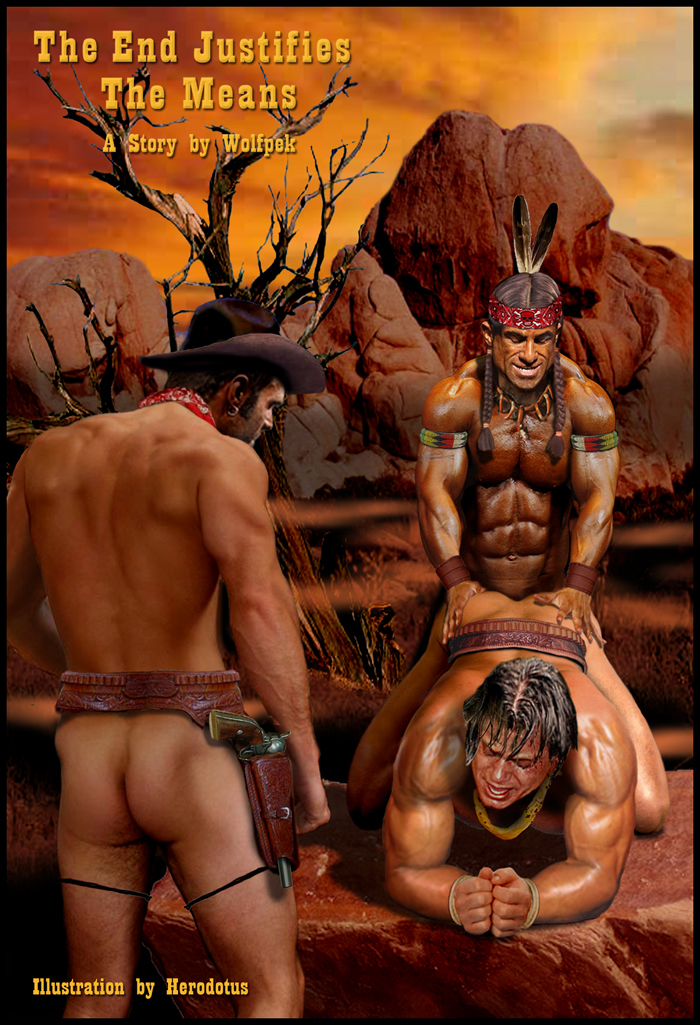 I pulled his boots and holster off, and watched sadly as Bear Paw threw his new slave, over his horse, and jumped on. The chief gave the upturned ass a possesive slap. 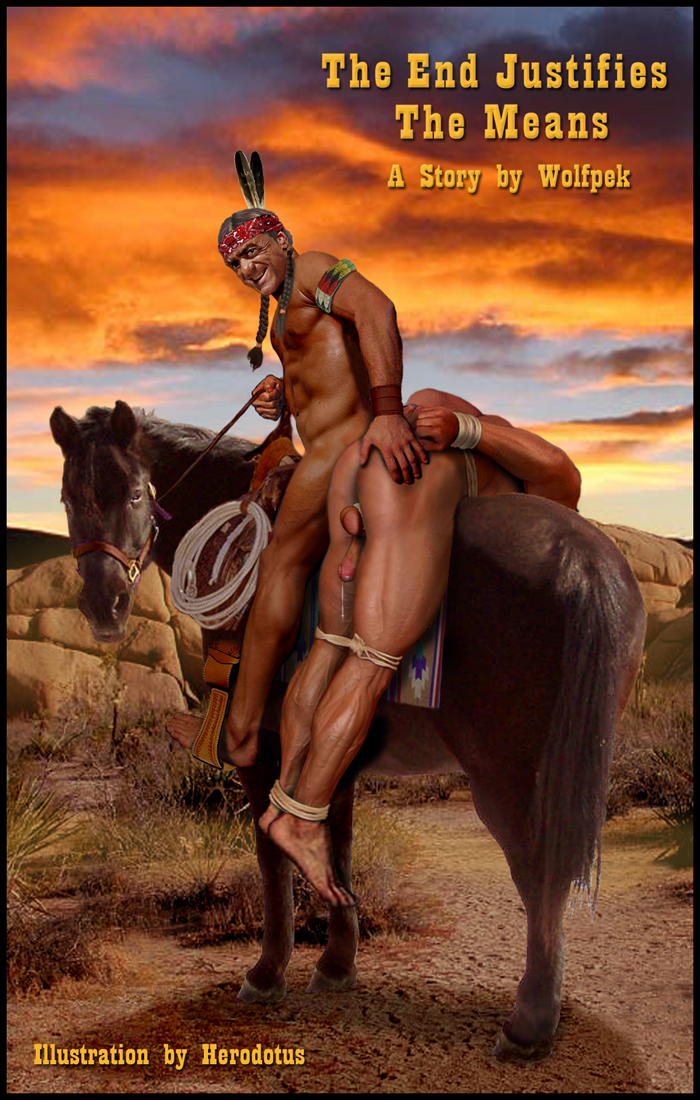 I would like to have had him one last time

I came back to the bunkhouse with the bloodied boots and a story of how our hero had fallen in battle against the Blackfoot, but I had been able to negotiate a peace with Chief Bear Paw on my own.

After a suitable period of mourning the settlers came in and the tracks were laid.

Even the Governer came out  to lay the last spike, and eulogize the brave man who had given his life to settle this land, now called Cooperstown

He gave me a wink.He had known Bear Paw's price all along

I've been top dog in the bunkhouse for some time now.

But I've noticed a new young buck, with bronze muscles golden hair, a dead shot and a cocky attitude been makin' waves around here 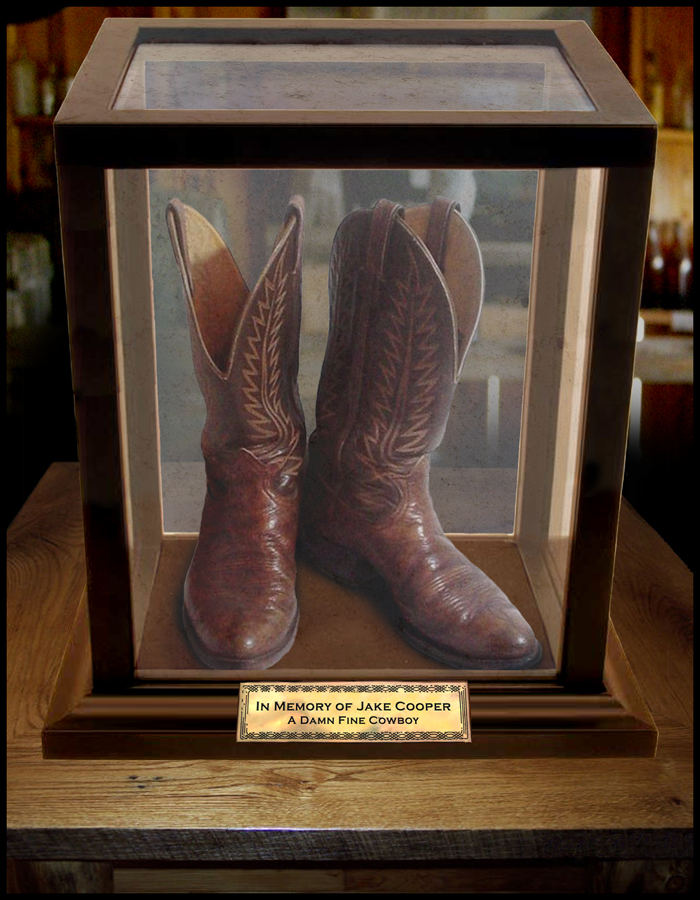