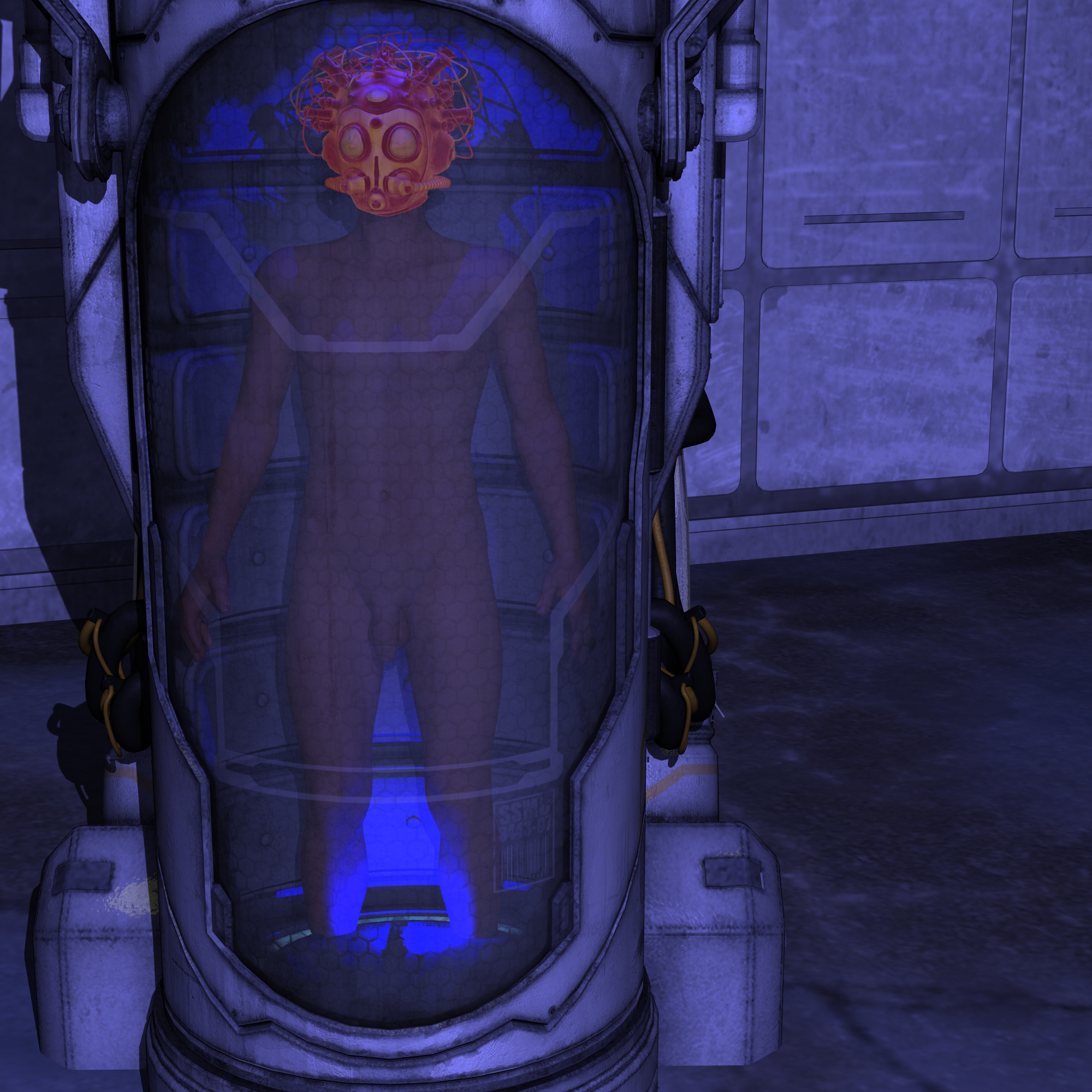 The Doctor took the samples that he had just taken from Robin by force, transferring them into a different part of the system. He let the computer do it work for a while as he stepped back over to hero, admiring his body again, almost salivating over it. He put a pair of skimpy underwear on the hero, to try to make him more at ease when he came to.

By this time the computer had finished processing the samples and was ready to go. The Doc paused for a minute looking intently into the screen. He stepped back taking a deep breath, saying under his breath, "it's now or never."

He stepped out into the open stripping of all of his clothes and glasses, leaving himself as naked as the day he was born. He walked over to a tube like structure, pushing a button on the side to opening the door. He was carrying the hood in his hand that he had used earlier to copy Robin’s mind.

He stepped up into the tube turning around he placed the red hood on his head, again pushing another button on the inside of the chamber, triggering the door to close. At this point the computer took over, everything in the room went blue as the lights changed color and this machine went to work. 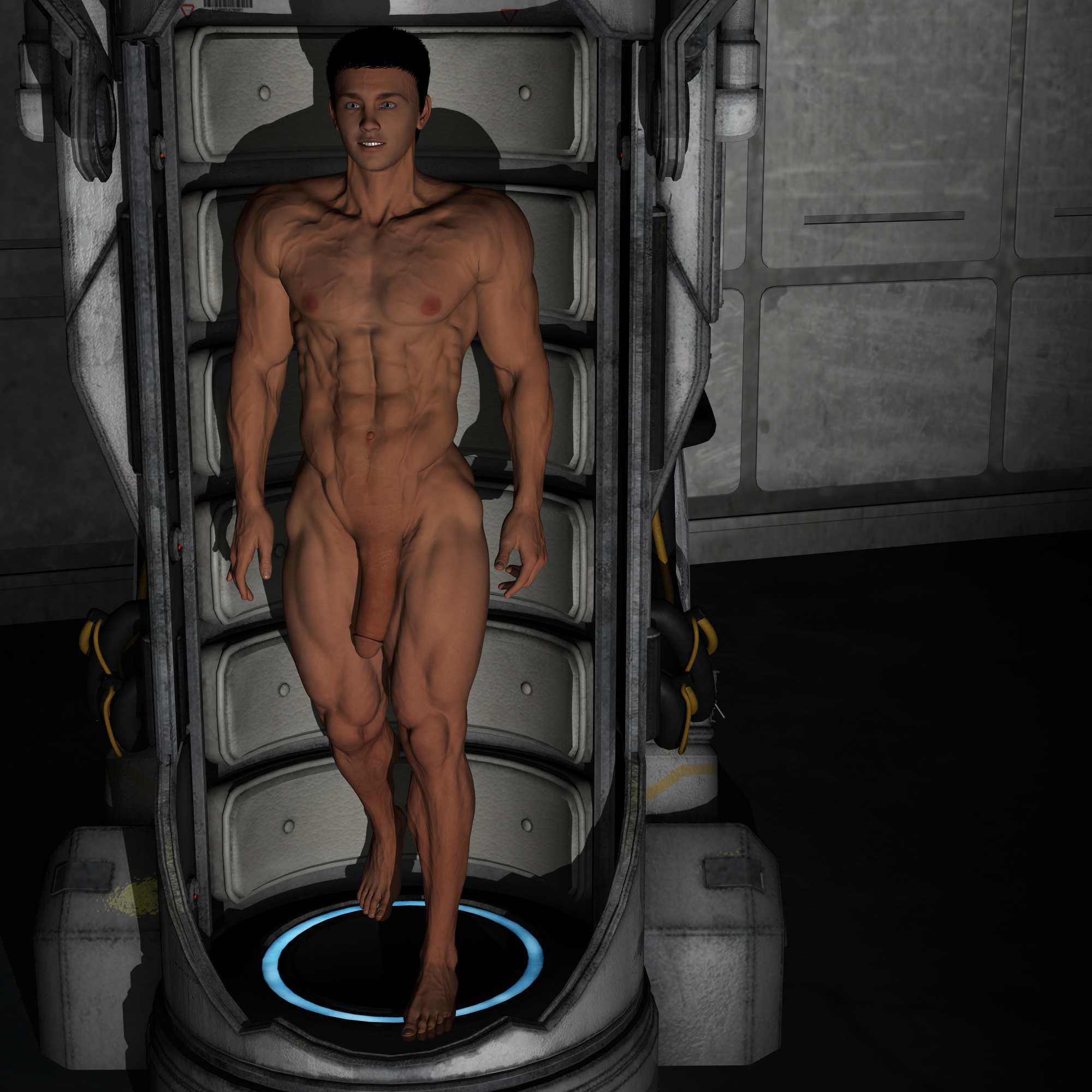 Time went by as the computer continued to do whatever it was doing with the Doc. Almost two hours had passed when everything went quiet and the blue lights went back to their normal color. There was some movement from the Doctor inside the tube.

He removed the red hood, hanging it on the side, followed by hitting the button to open the door, which popped open and out of the way. When the Doc stepped out, he was no longer the Doctor or was he? What had happened?

He walked over to a nearby mirror to examine the results of what he had done. Soon a huge smile came across his face. He was so excited he could barely contain himself, but the celebration would have to wait, there was still a lot of work to be done and not much time left. 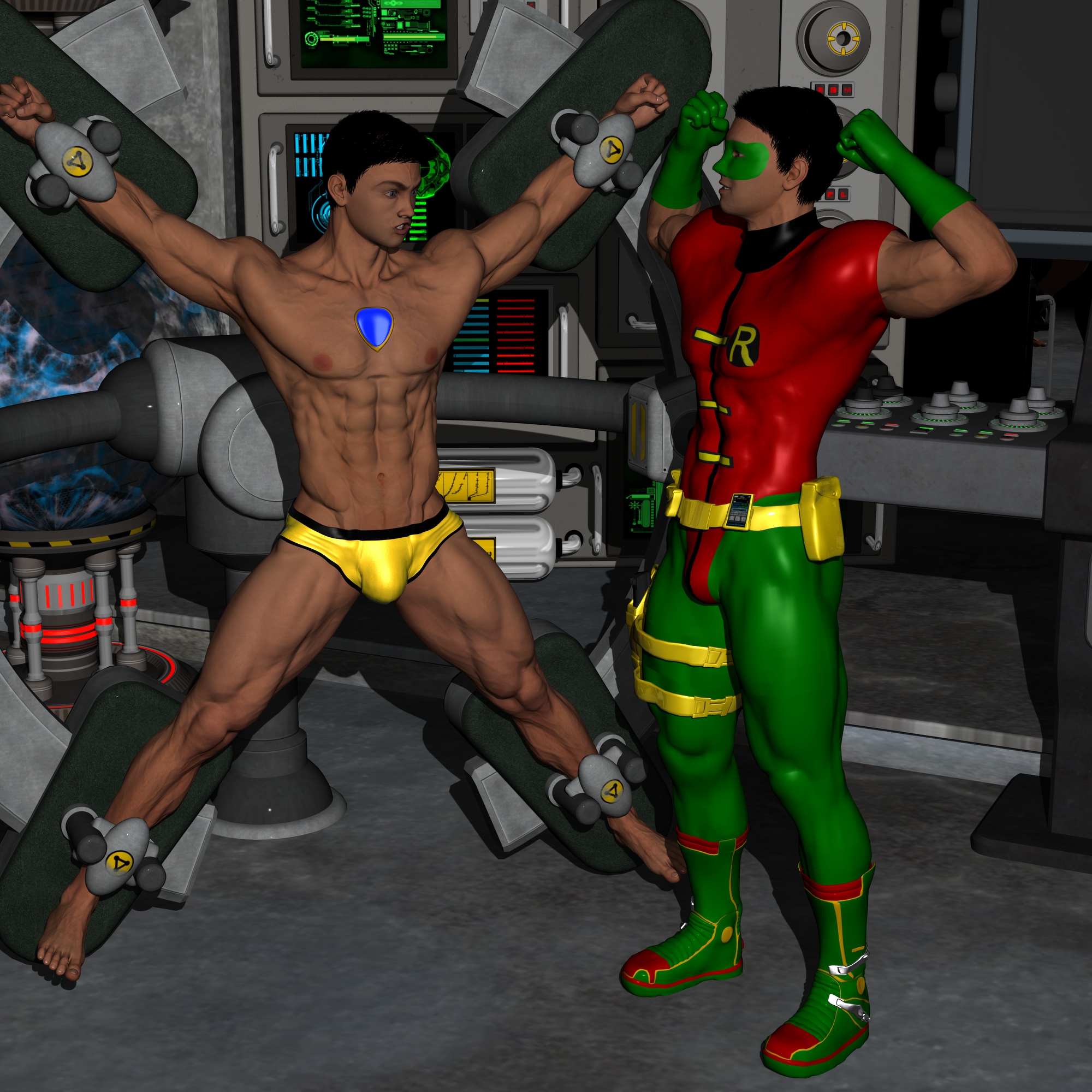 Robin woke up hours later after the samples had been taken from him and after the doctor had emerged from the tube. He had no idea how long he had been out, but he felt normal. Yeah he was a little sore in a few spots, but not bad for what he had gone through. He looked around but no one was there. He saw the blue thing in his chest but had no clue what it was. Maybe he would get some answers when the Doctor returned.

It wasn't long before the Doctor returned. The Doctor entered behind Robin so he could not see him. "What is this blue thing on my chest?"

"I will answer all your questions shortly, but first I have another surprise for you."

There was something very different about the Doctors voice, Robin could not put his finger on it but he differently sounded different, bit he could tell who. "I don’t know how many more of your little surprises I can manage to take."

When the Doc walked in front of Robin, Robin could not believe what he was seeing. All he could manage to say was, "Doc..... Robin.... Whaaa....." As he hung there in shock. 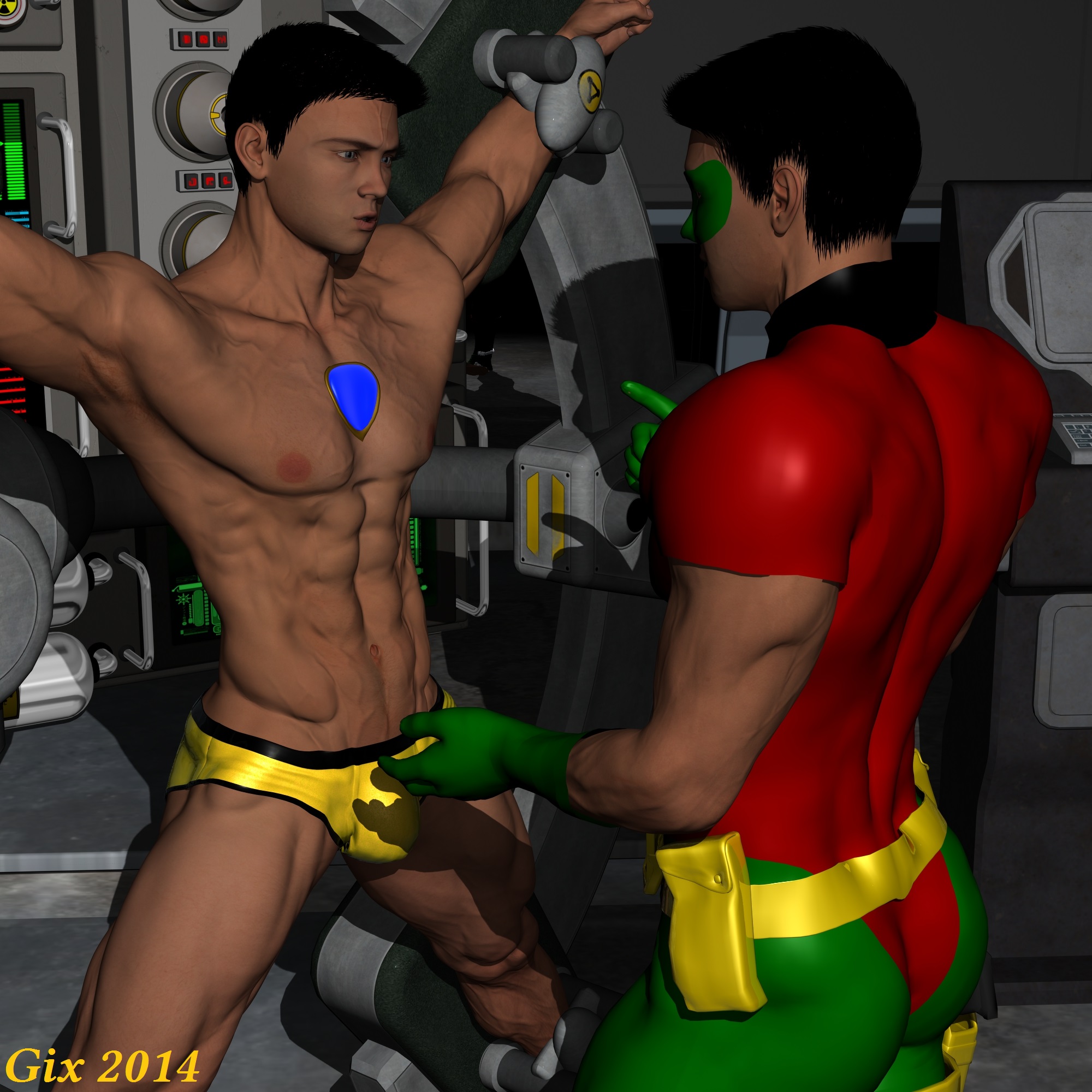 This was so confusing Robin, the original Robin who was still bound to the table, could not believe that Robin was standing before him. He was in total disbelief. Were his eyes playing tricks on him or maybe it was some of what was left of in his system from all the injections, but this could not be real.

Once the new Robin was done posing and showing off he said, "I know you are confused but yes I am real and you are not seeing things."

"Let's start kind of at the beginning. First I am who you know as the Doctor, the little red haired geek in the white lab coat, you remember the one who just sucked your cock and fucked your ass."

"No way, not even the best plastic surgeon could turn him into me, who are you really?"

"I assure you that I am the Doctor; I will prove it and explain everything. I assure you this is not the work of a plastic surgeon or some fancy makeup artist."

"What the hell is going on here? What have you done and how and why! I want answers and I want them now!"

"Answers you shall have, just relax and things will become clear."

"Well this all started a long time ago. Do you remember a kid who at one time in grade school you were friends with, but as high school came along your two paths took very different directions; you chose to not only stop being friends with this person and others like him but also decided to make his life miserable; like a living hell? Do you remember a kid by the man of Tim Hill?"

Robin got a strange look on his face after thinking for a few minutes. "Oh, yeah you mean that's you?"

"One in the same. And after you and your jock buddies turned my life into a living hell I vowed one day to exact my revenge. Well this is my revenge. I am now you. I will now live your life as a stud hero."

Well the ironic part is thanks to Wayne Industries I have developed a way to take a person’s DNA, yours in this case, extract it, which is what, happened during the last procedure, and sequence it into another person. In essence I have taken your DNA and now I am you, I am exactly the same as you, I have your finger prints, your blood, everything. Right now there are two Dick Grayson's, two Robin's.

"Well you see the proof with your own eyes. However there is more, during this procedure when the brain is copied, it makes a physical copy but not the memories and knowledge. That is where that little hood comes in. You see I copied your memories and knowledge as well as my own and then reloaded them into my new brain. So I have your memories, life experience, and knowledge, everything you have only better because mine is included as well. So I am you. I can go out in the world and take your life over seamlessly. No one will ever suspect a thing. Pretty sweet revenge, don’t you think?"

"You are totally nuts; screwed in the head of you think you can get away with this. Batman will see through this in a second, you don't stand a chance."

"We will see I am you, every cell is you, and there is nothing different."